Emily Ross, 14, is a fifth generation writer and an owner of three dogs, Balta, Buddy and Zoey. Her prose exceeds her years, with Emily starting work on Blue's Prophecy, a science fiction/fantasy book for pre-teens and teens, when she was 10. Living in Atlanta, Emily is also an animator and a skilled archer, and relaxes by playing the double bass in her middle school orchestra. 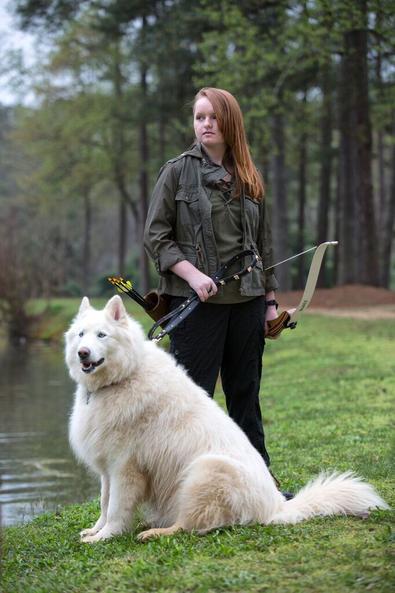 Two genetically altered dogs, two different fates.  Robo, a beloved Great Dane, is tricked out of the embrace of his human family and then is horribly altered by a scientist who rebuilds him with technology never seen before. It leaves Robo a genius, almost immortal and with powers beyond explanation. But the suffering Robo experiences changes him—driving him insane with the sole mission to destroy all humans, especially those who have tortured and hurt dogs. Meanwhile, Blue, a husky and scrappy alley dog, is trapped in a shelter when she captures the attention of another scientist desperate to stop Robo from his path of destruction. Her difficult mission: save human civilization and the packs of dogs she’s grown to love. (1st book in the The Canis Chronicles)